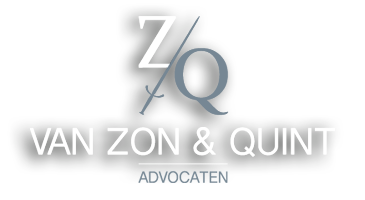 Van Zon en Quint advocaten distinguishes itself by years of cooperation based on trust; that is our basis.

The following definitions apply in this office complaints procedure:

complaint: any written expression of dissatisfaction on the part of or on behalf of the client towards the lawyer or the persons working under his responsibility about the formation and execution of an assignment agreement, the quality of the services or the amount of the invoice, other than a complaint as referred to in section 4 of the Advocatenwet;

complainant: the client or his representative who submits a complaint;